Post-Apocalyptic stories though hugely profitable to make, and widely consumed, are neither new nor particularly different from one another. They all move around the same premise that more or less revolves around: 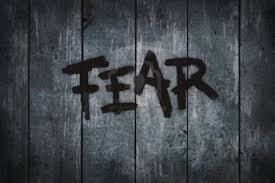 This fear could be extended towards fear of the ‘other’- in this case it pertains to extraterrestrial beings that have invaded or are invading earth. It could also refer to fear of each other, particularly in this time of uncertainty and where civility within humanity is long over, or it could even refer to fear of survival. The desire to both survive and not survive is a paradox that we as viewers often see in post-apocalyptic stories. In most cases however, all these three common fears are often explored and viewers follow the journey of specific characters as they engage with their ‘new’ surroundings in this ‘new’ time.

Destruction in this circumstance both refers to the destruction of the world as we know it, as well as the destruction of humanity itself. The generic statements that often gets pondered by characters in this genre are, “What will become of us (humans)?” or “If we do this (action) humanity is truly dead.” It always seems to imply that despite the world around us crumbling, this concept of “civilisation” that we all know must be held upon or else we (humans) are truly lost.

A common post-apocalyptic narrative told is one that involves zombies. In these narratives, the general plot is- there has been a genetic mutation in the human DNA and humans are turning into ‘zombies’. In most (if not all scenarios) these ‘zombies’ are flesh-eating, diseased creatures, that pass on their illness through a single bite that punctures the human skin. The only way to prevent the virus from spreading is amputating that specific area where the bite has occurred or shooting the person in the head.

When a zombie outbreak occurs, zombies are almost always seen in binary opposition to humans. It becomes a clear distinction – an “us versus them” scenario. Therefore, “human issues” such as poverty, racism, classism, sexism, capitalism, political differences, etc- become secondary to this primary problem that is- our survival as the human race.

That being said, it is interesting how most often it is through these stories that these “human issues” are most highlighted. It is on the brink of total loss of humanity- that we as viewers are able to witness how embedded these “human concepts” like greed, are within ourselves and our interactions with one another. Here, I will be focusing on the concept of ‘fear of the other’ and scarcity. In order to examine this, I will be using several popular references as examples of how these concepts come alive on screen.

Zombies actually stem from black Haitian culture that goes back hundreds of years before Hollywood decided to appropriate it to make huge profits. The Haitian zombie in fact literally refers to a slave that was raised from the dead by Voodoo priests to have them labour in the fields (Lauro and Embry, 2008). The idea of becoming a zombie after death evoked fear within the Haitian community (who were slaves at the time), as their only hope of freedom was in death and the “promise of a blissful afterlife” (Lauro and Embry, 2008). But if their bodies could be reanimated as a zombie, then slavery itself would continue even in death.

Fear of the ‘Other’

‘Otherness’ is a concept that is explored through so many different ways and refers to so many different things and people. The fear of the ‘Other’ in this general sense- refers to the fear of something foreign, different, and unfamiliar. It is this sense of fear, that we as the human race have placed policies, built political movements, and even committed genocide in order to rid the world of this ‘othered’ beings.

The zombie in this scenario clearly reflects the ‘Other’. The zombie is meant to create fear in viewers, solely from the way it looks. Most visual representation of zombies presents them looking as mangled corpora with blood hanging from their jaws. More than that, this common ideology and narrative that circulates around the zombie, as a flesh-eating creature, whose sole purpose is to attack, kill and eventually turn you into a zombie itself, is meant to be so frightening that humans isolate themselves from zombies. This, in turn, means, literal walls must be built in order to ensure the safety and continuity of the human species.

This trope is so often seen in many Hollywood films and tv series. For instance, The Walking Dead dedicated an entire season to Rick’s gang clearing and securing (ironically a prison) to keep them safe from the outside world. The prison literally became a safe haven for a time being, while the outside world continues to collapse around them. The only people they trusted were those in the same group as them, while any outsiders, even humans were treated as ‘others’. Clearly highlighting the binary position of the ‘us versus them’ mentality.

As mentioned earlier, the zombie is meant to be seen as a diseased creature and only the strongest bodies will survive the eventual attack. With this statement, it’s then ironic which bodies we eventually view as the strongest ones. Most protagonists within Hollywood are portrayed by white, young, abled bodies. Through this simple deduction, it becomes almost inherent that the weakest bodies become racialized bodies or disabled bodies that are then used as background features to be eaten and killed by the zombies themselves.

Unconsciously the message that viewers consume is- healthy bodies are white bodies. This is a concept literally explored in The Maze Runner: The Death Cure. The plot of the movie was literally about Thomas’s (the protagonist) blood being the cure against the Cranks (zombies) as he has developed immunity against the virus. While the narrative did show that everyone else was at risk, the saviour in our midst was the white boy, Thomas, and his blood.

This relates to another feature that zombies bring out in humanity- the scarcity of resources available. Scarcity in itself is closely related to capitalism. It is capitalism that has brought forth how scare resources are by making them exclusive. Everything there is in the world has a price to it- and capitalism has made sure only the people with money can have access to these “limited” resources which includes food, water, and shelter.

In a zombie post-apocalyptic world, all resources become even more finite, and the most valued and treasured one are guns. In this world, without weapons, you become vulnerable to attacks. Therefore, in most scenarios that involve post-apocalyptic world, we see people literally fighting one another in order to steal and get these limited resources. We see characters become violent and we as the viewers revel in its violence. We enjoy the chaos that occurs on screen.

It is a scene that is so unfamiliar to us, and yet familiar because we recognise the chaos that has been unleashed. Ironically, it’s not just the violence against the zombies that we crave, it’s the violence amongst humans that we desire to witness. Conflict amongst each other becomes addictive entertainment to devour.

That being said, there are interesting narratives that do subvert these tropes. One of them is the Netflix series, Santa Clarita Diet. The series revolves around a white suburban couple Joel and Sheila who has their life of normalcy turned upside down when Sheila begins craving for human meat. The series is gory and violent (it shows several murders taking place), but it is also humorous. Most importantly, however, despite Sheila’s transformations, the entire series is about their marriage and how their love for each other has only grown stronger despite Sheila being an undead.

It is strange, a little odd and sometimes a little absurd the various ways Sheila and Joel still have a “normal” life. They argue about work, their teenage daughter, and even talk about the various ways they can improve their sex life. However, it is also very refreshing to see a series explore a woman being an undead, and not be treated as if she needs to be contained.

Rather, her relationship with her husband Joel is built on trust and open communication. They talk and do everything together. They even hunt together for Sheila’s meals. Therefore, despite Sheila being different (in fact a zombie), she is not shunned. Neither is she ‘Othered’ by her family. Instead, she is still loved the same and respected as both a mother and wife in the family dynamic.

As we can see, zombies play an important role in media and popular culture. They provide an avenue to discuss complex issues and when done right, can be both entertaining and definitely enlightening. That being said, I argue it is still vitally important for us to understand how and why zombies were first created in Haitian culture. The history of its origins cannot and must not be erased.

Eagerly awaiting for the revival act of Jesus Christ.

We have a problem with the term ‘Content Creator’

Barrier of Entry – The Tale of the modern day Artist

The Tailored Raw team are as diverse as they are vocal in their ideas and interests.

We take great care in cultivation of raw thoughts – to be seen as pieces that can be counted both as art and an artistic process in itself. We are as flawed as the ideas that inspire us. We are as unique as the readers that fuel us.